I know, it’s been a looooong time since my last post (laughs nervously) and to you, it may seem like I’ve neglected my blog (which I’m quite guilty of atm) so, I’m sorry! L It’s my last year in college—that means a lot of preparation for practicum teaching and mock exams for LET. Not to mention that I have to juggle all these with my responsibilities as a core member in the Student Board AND the School Paper. OKAY. THAT’S A LOT OF STUFF GOING ON. So yeah, I don’t exactly have the luxury of time to update this blog like how I promised before. But I swear, I’ll keep my promise this time!

Alright, onto the main agenda!

END_OF_DOCUMENT_TOKEN_TO_BE_REPLACED

The truth is, I’m actually a late bloomer. Back in High School, dressing up meant getting the first thing on top of my boring pile of shirts and wearing chuck taylors to pair with my non-skinnies. A tomboy, as I would describe it, and believed that make up is too girly for my body to handle. But of course, with the constant peer pressure from my friends telling me to start taking interest about makeup and Pete Wentz sporting dark rimmed eyes, I thought I might give it a chance. I was a sophomore when I had my first pencil eyeliner (from Personality Development class, yes, it exists) and that Nivea Lip balm everyone used to have. My younger self fell in love quite instantly, and continued on buying the same pencil liner until fourth year high school.

Hallyu wave hit me during my first year of college, and I guess that was the time I really started collecting make up–primarily korean brands like etude house, tony moly and face shop. Of course, eyeliners were on top of my list and I guess I pretty much tried majority of what those shops had to offer.

Liquid liners became my best friend, and I just couldn’t go out of the house without lining my eyes. I know, it sounds really petty but trust me. I’m really insecure and wearing eyeliner makes me feel better, prettier. I don’t see like it’s a problem or anything. whatever. You see, I thought nothing could separate me from my liquid liners—well, not until I met “gel liners.”

I got my first gel liner last December while Maybelline’s having this 30 % off sale in Robinsons Manila. I was with my friends that time, and it just so happens that my friend was in the middle of shopping for makeup. We passed by the Maybelline booth, and I eternally screamed when I found out about the sale.

My first pen liner was from Maybelline as well (they take pride on their eye make up products like eyeliners/eye shadow/mascara and I believe everyone’s raving about it on the web) and they’re quite pricey for my “student’s low-budgeted wallet.” As much as I wanted to get another pen liner, I thought of getting the gel liner instead because I’ve been hearing good reviews about the product. So yes, after minutes of intense pressure and weighing of pros and cons, I decided to close my eyes and buy it! Haha!

END_OF_DOCUMENT_TOKEN_TO_BE_REPLACED

Grace Under Pressure by Winnie Crystal Cruz is a collection of the blogger's thoughts and feelings immortalized in digital ink and pixels. This blog is a mix of personal musings, beauty/lifestyle related posts, and reviews rolled into one!

"thank you for stopping by!" 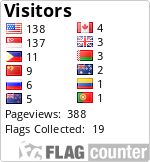 blog stats by the numbers

Error: Twitter did not respond. Please wait a few minutes and refresh this page.